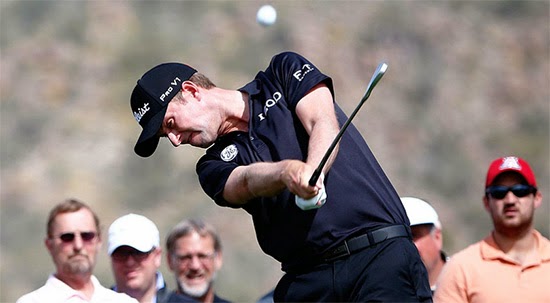 Innisbrook Resort and Golf Club in Palm Harbor, Fla., a community on the northern edge of the Pinellas Peninsula west of Tampa, is celebrating the silver anniversary of its relationship with the PGA TOUR. In 1990-1999, it served as host of the JCPenney Classic, a team competition pairing one golfer from the PGA TOUR and LPGA. It then made its debut as an official event as the then-Tampa Bay Classic in 2000. The club's own member, John Huston, prevailed.

After six editions were contested in autumn (2000, 2002-2006), it's been a staple of the Florida Swing in March during the FedExCup era. Last September, it was announced that Valspar, a global provider of paint and industrial coatings, inked a four-year agreement with the tournament, which is now known as the Valspar Championship.

While the tournament enjoys a landmark occasion this week, it also remembers Larry Packard. He designed all four courses at Innisbrook, including Copperhead in 1972. Packard died on Jan. 28 at the age of 101.

Midweek rain and boomers should clear out by Thursday, but gusty winds and cool air will trail, so expect scoring conditions to be difficult in the opening round. A high in the low 60s is forecast. Breezes will abate as the tournament prolongs and it will warm into the mid-70s on the weekend. Rain in measurable amounts is not expected if it even falls.

- - - - - -
This article was written by By Rob Bolton. Rob is the Fantasy Columnist for PGATOUR.COM. Got a question for Rob? You can contact him viae-mail: FantasyInsider@charter.net or on Twitter @RobBoltonGolf