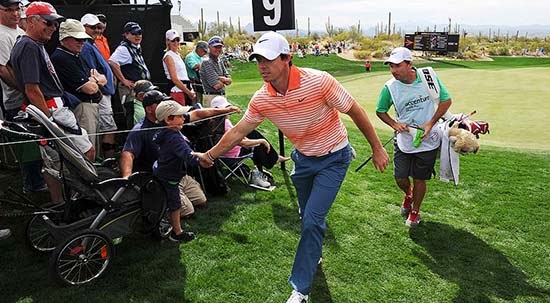 The PGA TOUR's annual migration from the West Coast to Florida brings with it some irony in that eagles and birdies are left behind. Only the strongest and most resilient survive the first test of the Florida Swing that is PGA National Resort & Spa's Champion Course, host of The Honda Classic.

Since Michael Thompson's PGA TOUR breakthrough victory last year, each of the 63 bunkers was adjusted to achieve consistency throughout the property. New bunkers were added, including a yawning hazard left of the green at the par-4 16th hole.

The defending champion ranked T9 in fairways hit and T5 in GIR. He also finished fifth in stroke gained-putting and T14, T2 and T2 in par-3, par-4 and par-5 scoring, respectively. His 4.13 clip on the pair of par 5s (holes 3 and 18) featured an eagle, five birdies and two pars. That's where the field of 144 needs to capitalize.

Of course, to get to the finishing hole, everyone navigates The Bear Trap, which kept its claws withdrawn last year. The par-3-4-3=10 stretch (holes 15, 16 and 17) averaged 10.313. For the first time in its role as host, none of the three ranked inside the top-third hardest on the course for the week.

A reasonable chance of rain is possible through Friday. The weekend looks clear, but winds are expected to freshen. Temperatures will flirt with 80 degrees throughout.


- - - - - -
This article was written by By Rob Bolton. Rob is the Fantasy Columnist for PGATOUR.COM. Got a question for Rob? You can contact him viae-mail: FantasyInsider@charter.net or on Twitter @RobBoltonGolf