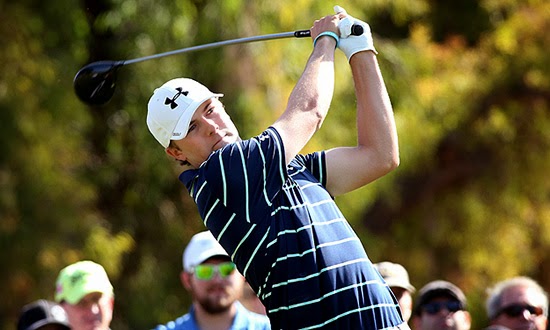 Warren Buffet and Dan Gilbert are prepared to pony up $1 billion for a perfect bracket for the NCAA Men's Basketball Tournament. Imagine the prize if they latched onto the World Golf Championships-Accenture Match Play Championship where the potential outcomes are doubled (due to the consolation match). There are over 18.4 quintillion combinations with 64 matches at The Ritz Carlton Golf Club, Dove Mountain this week. Toss in the dynamic that truly any seed can escape the first round and this tournament isn't so much about seeding as it is survive and advance.

Jack Nicklaus designed 27 holes on the property and was granted this tournament before the grand opening. The 18 holes in play are, in fact, a result of yet another combination. The par-36 Saguaro Course serves as holes 1-9 while par-36 Tortolita hosts Nos. 10-18. Aggregate yardage is 7,791. It won't play that long due to a varied selection of tees and an altitude of 2,300-3,000 feet. Greens are a roomy 6,000 square feet, but undulations enhance the premium of distance control and accuracy on approach. Nicklaus allows for some imprecision off the tee, but these fairways are not necessarily flat, so this is a true test on how to play golf.

Unlike last year's snowstorm, seasonable conditions are on tap this week. Mostly clear skies with temperatures camping right around 80 degrees are expected throughout. Winds could be moderate at times.

-  -  -  -  -  -
This article was written by By Rob Bolton.  Rob is the Fantasy Columnist for PGATOUR.COM.  Got a question for Rob? You can contact him viae-mail: FantasyInsider@charter.net or on Twitter @RobBoltonGolf