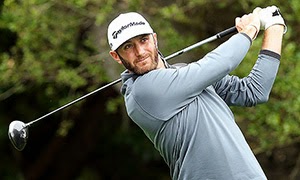 Riviera Country Club is Jimmy Walker's favorite golf course. Oh, he'll always have fond memories of CordeValle, Waialae and Pebble Beach -- sites of his three victories this season -- much like Willie Mays and Hank Aaron enjoyed hitting at Wrigley Field even though neither was ever a member of the Chicago Cubs, but it's almost as if Walker has stumbled into history as one of the fastest to three wins in a single season while on the way to his ultimate destination in Pacific Palisades, Calif., for this week's Northern Trust Open.

Entering the season, The Old White TPC (host of The Greenbrier Classic) was the site of Walker's highest bankroll at any event. Riviera was second. After missing the cut in his debut here in 2005, he's 6-for-6 with a pair of T4s. Suffice it to say that his spot below is warranted.

Last year's field split only 51.82 percent of the fairways. That's its lowest since data collection began in earnest in 1992. Riviera's greens in regulation percentage was just 58.01 -- third-lowest on TOUR in 2013 -- not too surprising given the scant number of divots in the short grass and the 5,000-square foot putting surfaces. Getting up and down is no bargain either, as pars were saved 56.75 percent of the time, making Riviera the 15th-most challenging on which to scramble.

Defending champion John Merrick played an efficient if not sparkling game tee-to-cup and led the field in the all-around ranking and par-5 scoring (4.09). Critical to his success was that he played the par 4s in 4.00, good for T11 on the week. Riviera's par 4s, including the famed 10th hole (4.067), averaged 4.15 last year, tied for fifth-highest on the season.

Superb weather is expected throughout the tournament. High temperatures in the mid-70s will accompany sunny skies. Winds are forecast to be light.

-  -  -  -  -  -
This article was written by By Rob Bolton.  Rob is the Fantasy Columnist for PGATOUR.COM.  Got a question for Rob? You can contact him viae-mail: FantasyInsider@charter.net or on Twitter @RobBoltonGolf