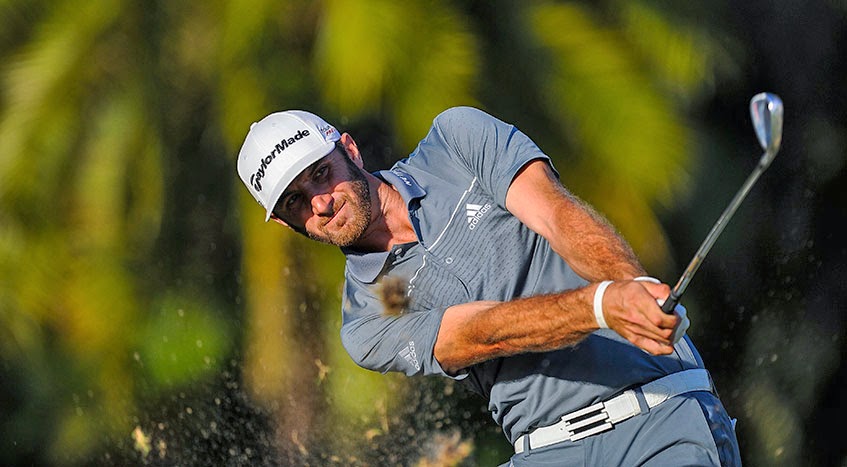 After sitting out a year as the table-setter for the Masters due to a provision for the Valero Texas Open not to end on Easter Sunday, the Shell Houston Open cozies back into its customary position as the red carpet event for the season's first major. And if that sounds too connected with what's on tap next week, well, that's the point. Tournament organizers of the SHO purposely set up the Golf Club of Houston as an preparatory ground per se for those headed to August National. It worked again as several of the elite are among the 144 in the field.

The Rees Jones design is a traditional par 72 measuring 7,441 yards. Its scoring average of 71.868 marked its third consecutive year in red numbers (-0.132 strokes to par) despite some modifications, most notably on holes 16 and 18. The field registered a greens-in-regulation percentage of 70.13, which falls in line with recent history. However, in each of the four 25-yard ranges from 100-200 yards, Golf Club of Houston ranked inside the top-10 longest in proximity to the hole (also typical). It's a track that showcases a strong touch on and around greens.

In 2013, Golf Club of Houston was 13th-most challenging in scrambling (55.54%) and extended its run to five years as the hardest track on the PGA TOUR in scrambling from the rough (40.85%). That fact in conjunction with collection areas around undulating putting surfaces place the premium on hitting greens on approach shots. The par 5s are strong as a set, checking in at 4.78 last year, good for a share of the 10th-hardest of the season.

Defending champion D.A. Points ranked T10 in GIR, 10th in strokes gained-putting, fifth in scrambling and eighth in average distance of putts made (90 feet, 2 inches). He also led the field in par-4 scoring at 3.75.

Rain and storms cannot be ruled out at any time during the tournament. In fact, there is an elevated risk for severe weather on Thursday when it may not hit 80 degrees, but it's expected to be the warmest day for play. As it often does in Texas, the wind will blow throughout.